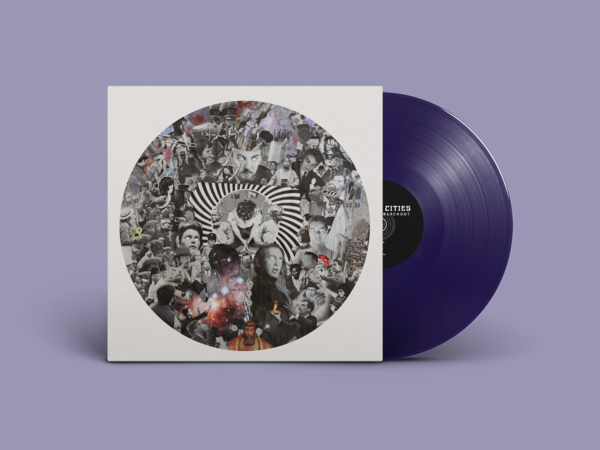 Supermoon Blackout, the follow-up to Ancient Cities' 2014 self titled album, is now available for pre-order on limited edition purple vinyl!

The album is a labor of love, recorded in 3 different locations over several weeks and produced by the band themselves. The end result is a spaced out rock album with no holds barred. "A bolder psychedelic touch marked by reverb-heavy swagger and searing, sawtoothed guitar solos", according to Consequence of Sound.

Ancient Cities will be playing a vinyl release show with Young Mister at Lunchbox Records on October 8th.

Supermoon Blackout is also available on CD from ancientcitiesband.com, as well as online at iTunes, Spotify and anywhere else you listen to music!